By A Couple Cook- Sonja Overhiser 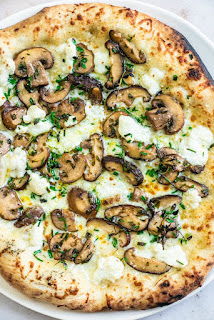 1 Tbsp each finely chopped fresh thyme and oregano, plus more sprigs for topping

1. Make the pizza dough of your choice. (I used store bought!)

3. Clean mushrooms, then slice them. In a sauté pan or skillet, heat the 1 tablespoon olive oil to medium high heat. Add the mushrooms, chopped herbs, and ¼ teaspoon salt and cook for about 5 minutes, stirring occasionally. When mushrooms are tender, reduce the heat to low, add lemon juice. Remove from the heat.

4. Dust a pizza peel (or rimless baking sheet) with cornmeal or semolina flour). Stretch the dough into a circle; Then gently place the dough onto the pizza peel/baking sheet.

5. Brush a thin layer of olive oil onto the crust. Then top with the mozzarella cheese in an even layer, then cooked mushrooms, and crumbles of goat cheese. Garnish with the chopped chives and additional thyme sprigs. Sprinkle with 1 pinch salt.

6. Use pizza peel to put in oven. Bake the pizza until the cheese and crust are nicely browned, about 5 to 7 minutes in the oven (or 1 minute in a pizza oven). Slice into pieces and serve immediately. 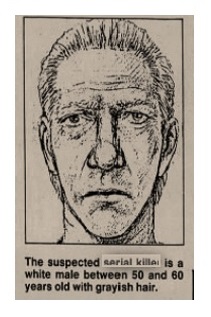 💥THE MERCH STORE IS OPEN!💥